Right now I’m reading a book called The Naming by Alison Croggon. The introduction, background info, and the first few pages of Chapter One were painful to get through because there’s a lot of history behind this story and where it comes from but I’m now on page 13 and things have definitely picked up so I’ll let you know how it goes. It came highly recommended so as the title of this post says, we’ll see…..

“By what right do you come in here and say…… and say such things? I could call the Thane’s men…….” She stuttered to a halt. Somehow she knew she wouldn’t call the guards.

The most beautiful people, ones whose beauty is only rivaled by what is inside of them, are the ones who are quietly unaware of it. -Daemon 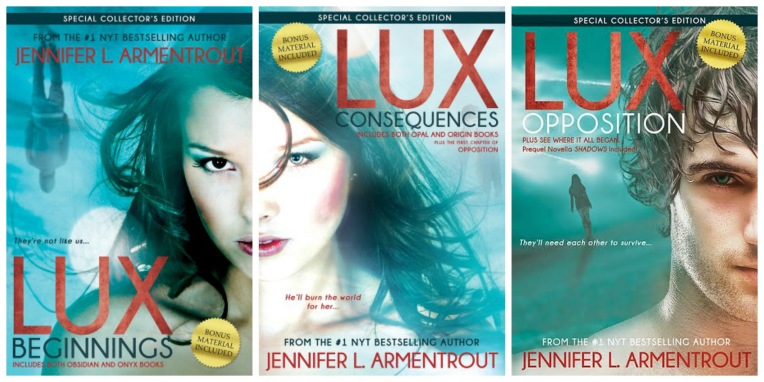 LUX is about aliens. Not the kind your thinking of though- no big, green head with huge eyes bugging out. Oh no, definitely not. Daemon Black and his two siblings are gorgeous, everything you would want. And they have great personalities, too! Not that whole taking over the world bit, so that’s a plus. But trust me, he’s not perfect, he can be a bit of a jerk, a pain in the butt, a little infuriating at times, and yeah you’ll probably want to jump in the book and kick him somewhere not so nice. But that’s just Daemon so push past it, you’ll learn to love him! His sister Dee is a complete sweetheart and did I mention drop-dead beautiful? Like seriously, model material. She’s loyal and the very bestest friend you could ever dream of. Dawson, well you’ll hear about him…..

Anyway though,  Katy is your main character and she’s a human, easy to relate to, sounds pretty but she doesn’t realize it, and she hates Daemon. Though I don’t think you’ll blame her much. You’ll see! But she loves books, blogging, and her friends. All she wants is to fit in. Daemon takes an interest in her though and the whole normal/fitting in thing goes right out the window, flying on the back of a pterodactyl. Not literally, this is an alien book not dinosaur but you get what I’m saying. They have to face evil, love, hatred, and many other challenging things together while still making time for themselves. They go on rescue missions, save the world missions, and best of all a secret mission you won’t find out about until the end of the fourth book, Origin. I’m not telling you anymore because I refuse to give things away, but trust me when I say you won’t want to put the book down.

He would burn the world for her if he had to. He’d do anything to keep her safe. This suspenseful 5 book series is more than I bargained for. I was absolutely not prepared for how much I would fall in love with these novels and not want them to end. I actually miss Daemon teasing Katy and her blushing; oh and of course him poking her with his pen….. This is a definite Grab it and Read. There are technically six books including Shadows which is a prequel that I did not and am not going to read. The five books (Obsidian, Onyx, Opal, Origin, and Opposition) stand on their own and are amazing enough by themselves. If you do however decide to read Shadows I suggest doing so BEFORE you start the series otherwise it is kind of irrelevant information that you already know. One thing I loved about this book was that at the end of just about every chapter SOMETHING happened. I actually looked forward to it because I knew a major occurrence was just around the corner, or should I say page…. There is romance, drama, lots and lots of action, twists, mysteries, pain, joy, and it’ll give you goosebumps. Trust me, you’ll be oo-ing and ah-ing out loud without even realizing it.

I love you, Katy. Always have. Always will. I will come back for you. I will…. -Daemon

Grab it and Read! 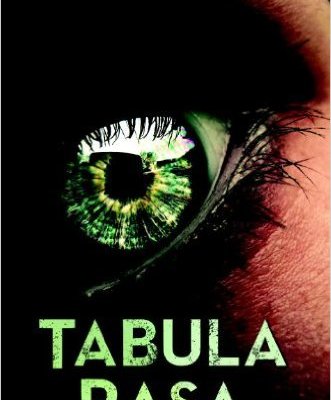 Ever do something you wish you could forget? Well Sarah thinks she has. Although, how can she be sure when the process of losing all of her memories and becoming a ‘Tabula Rasa’, or blank slate, has already begun? The Doctors and nurses have convinced her she needs this treatment and final surgery to start anew, so Sarah believes them. What could she have done to merit such an extreme measure of escaping her past? Her suspicions haunt her.

Soldiers come for her one night, but why is she so important to them? After all she’s just some girl getting her memories swiped. Well….. maybe there’s more to the story than that.

And then there’s Pierce, oh that boy! He’s cunning, witty,  mysterious, and infuriating. And he calls Sarah by a different name even though they’ve never met…. seems she does in fact have a whole other life she completely forgot….. or did she?

This was a seriously intriguing book. As you read, you build on what you know about the characters and sometimes have to erase what you thought and start over. The characters are entertaining, the plot keeps you guessing, and honestly I don’t know how the author fit everything into one book but she did, and it’s wonderful. There’s action, drama, mystery, whorl-winding twists, and…. possibly a romance? We’ll see! But first, Sarah needs to find out who she is, where she is, why she’s actually there, and how to get out. Because no one is safe. And things are dangerously not what they seem.

Grab it and Read!

I’ve finished quite a few book series lately with my new job having lots of downtime so I’ll definitely be writing reviews shortly.

“”Opening the door behind me, Mom cleared her throat and said, “I don’t know what it is with you two and porches, but come in;  it’s freezing out there. ”

Cheeks flaming an unholy red, I couldn’t do anything to stop Daemon. He let go, sauntered inside, and immediately started charming my mom until she was nothing but a gooey puddle in the middle of the foyer.”” Pg 40

“”Daemon seems like the RAWR type. He so wouldn’t be cool with another guy being super friendly. ”